Fertility Apps for Women on the Go 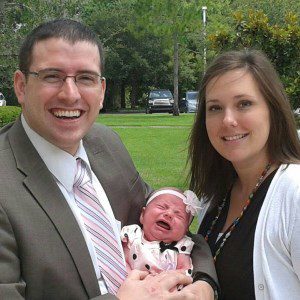 Emily Mitchell never worried about her irregular periods. It runs in the family. “I didn’t get my periods every month,” said Emily, 27. “My mother and sister were like that, too, so it wasn’t really a big issue for me.”

It wasn’t until 2012, that Mitchell was diagnosed with PCOS, Polycystic Ovarian Syndrome, one of the most common hormonal endocrine disorders in women and one of the leading causes of infertility.

“I didn’t know what (PCOS) was,” Emily said. “It was disheartening that there was something wrong with me, but it was nice to know there were treatments to overcome the issues of not getting pregnant. Now that I knew what my condition was and what it was called, we knew there was something we could do about it.”

Symptoms also may include irregular menstrual cycles, weight gain/inability to lose weight, excess hair growth on the face and body, sleep apnea, insulin resistance, Type 2 Diabetes, hair loss on the top of the head, acne, and others. Some women can have a few symptoms, while others may have several. Symptoms of PCOS can begin in the teenage years and gradually progress.

An estimated 7 million women and adolescent girls are affected by PCOS, with less than 50 percent diagnosed. PCOS also can pose health challenges for women later in life, leading to diabetes and heart disease, as well as gestational diabetes (during pregnancy).

The National Institute of Health estimates that 50 percent of women with PCOS will become diabetic or pre-diabetic by age 40. Some studies have also shown women with PCOS to be at higher risk for depression as well as endometrial, ovarian and breast cancer.

While the cause of PCOS is unknown, it is responsible for 70 percent of infertility issues in women who have difficulty ovulating. With September being PCOS Awareness Month, it’s a good time to reflect on its impact on women, but also the progress that has been made to treat the disease.

“It is surprising that so many women struggling with PCOS are unaware of their diagnosis,” notes Dr. Sandy Goodman of The Reproductive Medicine Group.  “Being aware of the diagnosis is critical to allow patients the opportunity to seek treatment to address their symptoms and decrease their chances of developing long-term health complications.

PCOS was first recorded in 1935, but its symptoms have been observed as far back as 460-377 B.C., according to the National Infertility Association, RESOLVE.

For Emily, irregular periods were the only warning signs of PCOS. When she and her husband were ready to start a family, she was placed on Metformin, a drug used to treat diabetes, which lowers elevated insulin levels and may induce ovulation. Once her periods were established, doctors began Mitchell on a fertility medication, Clomid. The drug essentially increases the release of FSH (follicle stimulating hormone) from the brain. This leads to the stimulation of the follicles within the ovaries and, thus, may lead to one to multiple eggs being ovulated.  After the first round of Clomid, Mitchell ovulated and underwent IUI (intrauterine insemination). It was unsuccessful.

Two weeks after the second round of Clomid and IUI, Emily was pregnant.

“It was so surreal,” she recalls of that early morning Aug. 25 of 2013.”I was so overjoyed I kept staring at the test to make sure it didn’t change and I was really seeing positive. It was the happiest moment of my life.”

“While PCOS is not curable, it is treatable.  Switching to a low carbohydrate diet, exercising consistently and reaching a healthy weight increase the chances for a woman to achieve ovulatory cycles,” says Dr. Goodman.  “Medical treatments should be tailored to a woman’s individual reproductive concerns.”

Lifestyle and dietary changes, along with medication can help women control their symptoms, boost infertility and improve health. Emily says she is living proof that women with PCOS can a healthy baby.

“For us, it was a three-year journey from start to finish. But it felt like a lifetime. There were many times I wanted to give up and I cried myself to sleep wondering what’s wrong with me. But I never wanted a day to come where I wondered what if I would have tried this or that?” Having a family outweighed all the issues I was having. I set aside my own pride and insecurities and sought help and it has been worth every treatment and every doctor appointment. It all led up to the most beautiful baby in the world. I would do it all again. Never lose hope.”

Emily gave birth May 17 to a baby girl named Elizabeth.

PCOS – Common Disorder a Major Cause of Infertility

PCOS – Common Disorder a Major Cause of Infertility

Dr. Goodman is interviewed about PCOS, What It Is and What Can Be Done