Study: Sunbathing may increase chances of getting pregnant 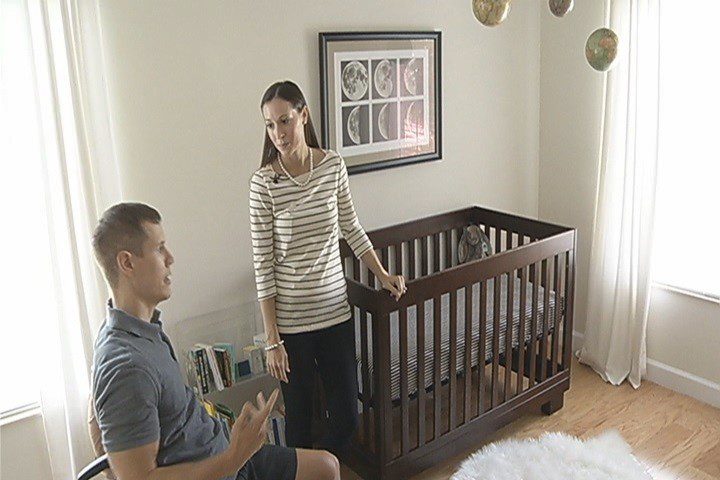 Alex and Holly Dillmann are aching to start their own family. The couple can't conceive a child traditionally because of the injuries Alex sustained in combat in Afghanistan.

TAMPA —
Alex and Holly Dillmann are aching to start their own family.

The Tampa couple recently sat in their spare bedroom, which they already set aside as a nursery. The only thing they’re missing is their own bundle of joy.

“I try to picture what it’s going to be like holding our baby,” Holly Dillmann said.

But it won’t be an easy task. The couple can’t conceive a child traditionally because of the injuries Alex sustained in combat in Afghanistan.

Alex says he was on a night patrol when his convoy was hit by a roadside bomb. It paralyzed him from the waist down. It was two years before the 29-year-old was able to go home.

“When Alex was first injured, the last thing on our mind was, ‘Are we going to have a family? Are we going to have a baby?” Holly said.
But the couple would soon learn time was ticking. The Veterans Administration only covers the cost of in vitro fertilization for wounded military members if they are on active duty.

The Dillmanns say they weren’t in a position to begin trying to start a family when Alex wasn’t even ready to take care of himself at home.

“This expectation that, ‘Oh, we’ll give you this coverage, but you have to use it in this window’ is unrealistic,” Holly said.

Alex retired from the Army this month, and with that, the military stopped covering the costly treatments, even though the 29-year-old has paid quite a cost already.

“We just want to bring awareness, we want people to know the law needs to be looked at, things need to be put in place and changes need to be made,” Holly said.

“We feel very strongly we want to do what we can to help our veterans,” Goodman said.

Goodman says many couples struggle to pay for the procedure, which could run up to $15,000 per cycle. Part of a military family herself, Goodman says covering the cost for wounded military members should be a no-brainer.

“When they hold their babies in their arms, we can say to those who don’t love freedom, you don’t get to win. We do,” Goodman said.

For now, the Dillmanns focus on filling their future nursery with positivity, love, and even some baby clothes.

“It’s just inspiration and hope for us. We come in here, look, and know it’s going to happen. It’s just a matter of when,” Holly said.

The couple plans on making it happen at any cost. But they hope the law changes so other military families won’t have to go through this battle alone.

Education is Key in Helping Minority Couples Struggling with Infertility