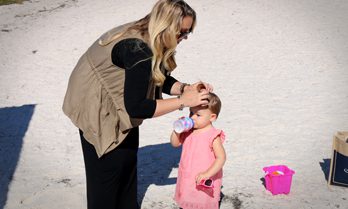 Having said that, let’s dive in.

Pre-conceptual carrier screening tests study the DNA of the future parents as they relate to recessive gene disorders.  Recessive genes are genes that may or may not be expressed, meaning that a person could be a carrier of a gene and yet not affected by disorder, and therefore unintentionally pass the gene on to a child.  There are many recessive gene disorders that can be passed from parent to child, but two that we, the public, are most familiar with are sickle cell anemia and cystic fibrosis.  It is recommended that at least one future parent be screened prior to beginning fertility treatments as many of these diseases are devastating to the child.  If one future parent is found to not be a carrier of a recessive genetic disorder, any child of this parent would also not be affected by the disease.  It is worth mentioning that a parent could still pass along the gene to the child, but so long as the other parent is not also a carrier of the same disease gene, the child would be unaffected.  These types of screening tests are relatively easy to perform in the office, require a simple blood draw, and results are typically known in less than 2 weeks.  The cost of these tests range from nothing to several hundred dollars out of pocket. On average, the costs of testing run less than $200 regardless of insurance coverage; a very small price to pay to know that your child will not be affected by a life threatening health condition.  Therefore, all RMG physicians recommend this panel to couples seeking fertility therapy, including patients attempting IUI.

The second screening is called a pre-implantation screening (PGS). This test is performed on the embryos created during an IVF stimulation cycle and screen for chromosomal abnormalities.  Generally speaking, PGS is a test which is performed by biopsying cells from a high-quality embryo and subsequently studying these cells to ensure that DNA chromosome pairs are complete and normal.  Every euploid, or normal, embryo should have 23 pairs of chromosomes, with one chromosome donated by both father and mother.  Any deletion (monosomy) or addition (trisomy) would cause an abnormal (aneuploid) embryo.  Most aneuploid embryos are not compatible with life and therefore would result in miscarriage, but there are a few conditions, such as Down’s Syndrome, which can result in a live birth.  Regardless, both scenarios can put significant strain on couples and families, hence the offering of this test to all patient by the RMG physicians.

The third genetic test is somewhat unique as it only indicated for a specific subset of IVF patients.  Pre-implantation genetic disease (PGD) screenings are recommended when both members of a couple are found to be carriers of a recessive gene disorder, IVF patients who are affected by a known genetic disorder or those patients with a strong predisposition for specific genetic diseases.  This test is more complicated and time consuming, but for some couples, such as those affected by Fragile-X or Duchennes muscular dystrophy, IVF with PGD is the only way the couple could conceive with certainty that their child(ren) will not be affected.

As of right now, the cost of PGS and PGD testing can vary greatly, but are becoming more affordable in recent months thanks to new scientific methods.  That said, your reproductive endocrinologist can review all available treatment options and work to design a protocol that meets your unique situation.

Should you find that you have additional questions about this edition or any other IVF related topic, please email Voice of Vitro at: donya.deluca@repromedgroup.net

Wishing you much fertility and a full family.

Having a Genetically Perfect Baby